Registration is now open for the OpenInfra Summit Vancouver!JOIN US 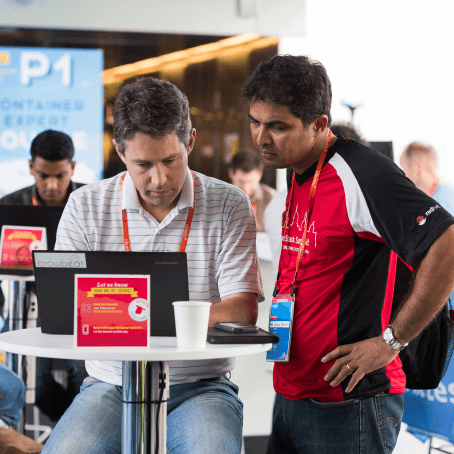 About the User SurveyUser surveys are a critical tool in closing the feedback loop between OpenInfra operators and the upstream contributors who are building the software. By sharing technical implementations, feature requests and software challenges, operators are directly impacting the development and roadmap of the open source software. Each project has its own project user survey, so if you’re evaluating, testing, or running an OpenInfra project in production, please participate by completing a user survey. With your help, we can build open source communities who run software that runs in production.

The OpenStack User Survey has been fielded since 2013, and the OpenInfra Foundation does annual analysis (August to August) to identify new users, uncover trends and better understand the architectural choices made by OpenStack users. Due to the customization opportunities, this User Survey is the most detailed of all OpenInfra project user surveys.

Over 300 OpenStack deployments were logged this year, including a significant number of new clouds—in the last 18 months, over 100 new OpenStack clouds have been built, growing the total number of cores under OpenStack management to more than 25,000,000. This increase in cores is also supported by some known users witnessing incredible growth—including Walmart who has now exceeded 1 million cores in production.

Walmart is not alone: there are now seven organizations in the User Survey running over 1 million cores in production, including China Mobile, Verizon Media, LINE, Workday and a few additional organizations who would like to remain anonymous.

This growth was not limited to the largest deployments. Several deployments saw over 100% growth in their OpenStack footprints compared to 2020 while still remaining below 10,000 cores.

Here is a full breakdown of logged OpenStack deployment sizes:

Of the organizations who completed the 2021 survey, 79% are in production, 13% are under development and 8% are in the proof of concept stage.

When looking at the release of the deployment, the majority of organizations are running within the last seven releases:

Over 200 deployments were recorded as interacting with another cloud. When asked which clouds their deployment interacted with, 53% of the respondents selected AWS, 40% selected Azure, 30% selected GCE, 34% selected another OpenStack private cloud, 13% selected an OpenStack public cloud and an additional 8% said other. Despite running multiple clouds, most respondents indicated that openstack powers more of their cloud infrastructure than any other platform.

Regarding other tools within the deployments, the most popular choices include:

The 2021 NPS score for OpenStack is 36. Some of the reasons provided included:

More OpenStack User Survey analysis can be reviewed on the analytics dashboard.

Since the launch of the Airship User Survey in May 2020, ten organizations have completed it, spanning industries such as telecommunications, Information Technology, Academic / Research, Government / Defense, and Retail / Ecommerce. Of those organizations, half are running Airship in production, while 30% are actively evaluating Airship and 20% are considering it.

Organizations who completed the Airship User Survey include ServerAnt, Havelsan and SK Telecom. Additional organizations have requested to remain anonymous.

Here are a few reasons respondents shared when asked which features of Airship affected their choice to use/consider/evaluate Airship:

The NPS score of the Airship project is 50. Some of the reasons provided included:

The Kata Containers User Survey opened in April 2020 and has recently undergone an update by the Architecture Committee.

Since April 2020, 26 organizations have completed the survey, spanning industries such as:

When asked which orchestrator an organization is using, 62% indicated Kubernetes, while 19% said Docker. The additional 24% did not specify.

While 57% of organizations said their workloads are a mixture of both short and long-running workloads, 24% said theirs are long-running (greater than 1 minutes) and 10% indicated theirs were short-lived (less than one minute).

Here are some responses from what respondents like most about Kata Containers, besides “free” and “open”:

The Kata Containers User Survey has recently been updated by the community to learn more about operators’ architectural decisions around Kata Containers and how satisfied they are with the project and community.

The StarlingX User Survey launched in March 2019 and has received over 30 responses. Of those organizations, 34% are interested in StarlingX, 46% are running a proof of concept, 15% are testing, and 4% are running StarlingX in production.

The edge use cases that organizations are turning to StarlingX for are:

Among the organizations selecting ‘Other,’ use cases included research in edge computing, uCPE, IoT nodes and gateways, and edge compute for very small clusters.

Organizations who have completed the StarlingX User Survey have requested to remain anonymous.

Of these organizations, a whopping 69% are running Zuul in production, 17% are evaluating Zuul, and 14% are considering using Zuul.

When asked, what they like most about Zuul, besides “free” and “open,” respondents said:

The NPS score of the Zuul project is 59. Some of the reasons provided included: