Registration is now open for the OpenInfra Summit Vancouver!JOIN US

The OpenInfra Foundation staff supports the development and adoption of open infrastructure globally by hosting open source projects and communities of practice, including datacenter cloud, edge computing, NFV, CI/CD and container infrastructure.
COMMUNITY ENGAGEMENT AND DEVELOPMENT
The OpenInfra community includes over 110,000 individuals across 187 countries and over 600 organizations. Developers, users, and the entire ecosystem all contribute to the success of OpenInfra Foundation's open source projects and initiatives.
Job Openings 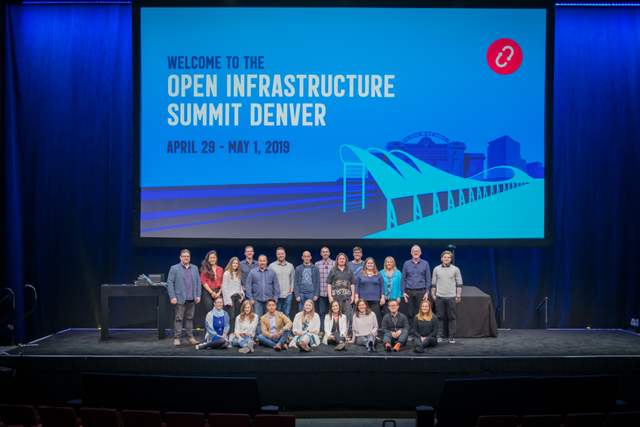 Jonathan Bryce, who has spent his career building the cloud, is Executive Director of the Open Infrastructure Foundation. Previously he was a founder of The Rackspace Cloud. He started his career working as a web developer for Rackspace, and during his tenure, he and co-worker Todd Morey had a vision to build a sophisticated web hosting environment where users and businesses alike could turn to design, develop and deploy their ideal web site – all without being responsible for procuring the technology, installing it or making sure it is built to be always available. This vision became The Rackspace Cloud. Since then he has been a major driver of OpenStack, the open source cloud software initiative.

Mark has been lucky enough to participate in many disruptive technology shifts, from the introduction of the first GPUs at Dell in the 90s as a product manager, to the digital music/MP3 transition at Musicmatch as Director of Business Development. After Yahoo! acquired Musicmatch, combining the #1 streaming radio service with the #1 digital music app, Mark served as Sr Director, establishing strategic partnerships for one of the first on demand streaming music services. In 2009, Mark joined Rackspace, an early pioneer in cloud computing, as VP of Business Development, focused on building their cloud ecosystem.

In 2010, to accelerate the cloud ecosystem's development, Mark co-founded a new open source cloud computing project called OpenStack, in partnership with NASA and 25 other organizations globally. OpenStack quickly became one of the fastest growing open source projects in history. In 2012, Mark co-founded the Open Infrastructure Foundation to manage the growth of the project, where he now serves at the COO. Today, OpenStack is one of the 3 most actively developed open source projects in the world, along with the Linux kernel and Chromium.

Mark is now helping to expand and evolve the Foundation’s mission, bringing the unique open collaboration method established by the OpenStack community to many new open source projects across the cloud infrastructure market, including Kata Containers, the Zuul CI/CD platform, the StarlingX edge computing platform, and Airship.

Thierry Carrez is the General Manager of the Open Infrastructure Foundation. A systems engineer by trade, he was involved in the inception of the OpenStack project, and still contributes to its governance and release management.

With a personal interest in the intersection of sociology and technology, Thierry spoke about open innovation and open source at various conferences around the world, including OSCON, LinuxCon, and FOSDEM. He currently serves as Secretary and Director for the Open Source Initiative. He was recognized as a Python Software Foundation fellow in 2012, and previously worked as the Technical lead for Ubuntu Server at Canonical, an operational manager for the Gentoo Linux Security Team, and an IT manager in various companies.

Wes Wilson is Director of Product & Engineering for the OpenInfra Foundation. He has spent two decades in startups including founding Brandstack, a graphic design marketplace that was acquired in 2011. He focuses on product development and strategy, helping to align the foundation's efforts with the communities it serves. In his free time, he enjoys traveling, rooting for the San Antonio Spurs, and spending time with his wife and three kids.

Allison is the Director of Marketing & Community at the OpenInfra Foundation (previously the OpenStack Foundation). Her mission is to continue the storytelling of the global community by building relationships with the developers, operators and ecosystem around global open source communities. In her free time, she likes to listen to Celine Dion, rank local margaritas, and travel.

It all started as a volunteer sysadmin at Portland State University. Since then Clark has operated large network infrastructures, built radios for airplanes, and is now a core member of the OpenStack project infrastructure team. When not in front of a keyboard, Clark enjoys brewing beer and barbecuing brisket in his brother's back yard.

Jimmy leads the collaboration with OpenInfra Members, including strategy development, goal alignment and new member recruitment. Outside of advocating for current open source trends and distributing his calendar link (which you can find here: https://calendly.com/jimmy-mcarthur), he enjoys cooking, traveling, and having the best award winning chili in Texas.

Kendall is an Upstream Developer Advocate at the Open Infrastructure Foundation based in the United States. She first started working on OpenStack during the Liberty release (2015) on Cinder and since then been involved in Release Management, StoryBoard, the Women of OpenStack (WoO), the First Contact SIG, the Contributor Guide, and OpenStack Upstream Institute. She’s recently gotten more involved in the Kubernetes community helping to bridge it with the OpenStack community via SIG Cloud Provider and provider OpenStack. When she is not evangelizing about the awesomeness of OpenStack, bringing people into the community, binding open source communities together, or working to make upstream development in open source a friendlier place, she can be found reading Harry Potter, watching Doctor Who, or out on a photo taking adventure.

A long-time computer hobbyist and technology generalist, Jeremy's worked as a Unix and GNU/Linux sysadmin for more than two decades focusing on information security, Internet services and data center automation. He's a core member of the OpenStack project infrastructure team and serves on both the technical committee and vulnerability management team. In his spare time he writes free software, hacks on open hardware projects and embedded platforms, restores old video game systems and enjoys articles on math theory and cosmology.

Senior Manager of Community and Ecosystem

Ildikó started her journey with virtualization during the university years and has been in connection with this technology different ways since then. She started her career at a small research and development company in Budapest, where she was focusing on areas like system management and business process modelling and optimization. Ildikó got in touch with OpenStack when she started to work in the cloud project at Ericsson in 2013. She is a member of the Ceilometer and Aodh core teams and she drives NFV related feature development activities in projects like Nova and Cinder. Beyond code and documentation contributions she is also very passionate about on boarding and training activities, which is one of her focus areas within the Open Infrastructure Foundation.

Helena is a graduate of St. Edward's University in Austin, Texas where she received her Bachelors Degree in Business Management. As the Marketing and Community Associate, she assists in the creation of marketing comms, the collection of analytics, as well as community support around content creation. While working for the OpenInfra Foundation, she is also working to earn a degree in Computer Science. Outside of work and school, she is an avid camper/hiker, true crime junkie, and coffee shop fiend.

Kristin is the Marketing Coordinator at the OpenInfra Foundation. Prior to joining, she worked for a nonprofit in the social services sector. In her free time, she enjoys music, baking, playing tennis, and spending time with her family. She is also obsessed with her cat named Callie.

Prior to joining Open Infrastructure Foundation as Technical community manager for the Kata Containers project, Treva has been an online instructor, systems administrator, & tailor. Treva intermittently holds several certifications from Red Hat, always travels with a (service) dog, loves when skirts have pockets, & generally identifies as a dedicated Open Source Geek. Along with singing the praises of Open Source, Treva is also a dedicated Diversity, Equity & Inclusion advocate, speking as often as permitted on the subject.

Josh Lohse is the Web Manager for the OpenInfra Foundation. He has spent most of his career working in digital marketing and technology, with a focus on building and maintaining websites. Josh has a background in music, and before starting in tech, spent time playing in bands and recording albums in both Orlando and Nashville. Outside of work, he loves hiking, reading, and watching Star Wars for the twenty-seventh time with his children.

Prior to forming the Law Office of Lisa S. Miller, Lisa was an associate attorney with the Corporate & Securities and Health Care sections of Jackson Walker, L.L.P. She is a member of the State Bar of Texas and is active her her hometown community of San Antonio, Texas. Lisa holds a Bachelor of Science degree from Texas Christian University and a Juris Doctor from The University of Texas School of Law.

Mark Radcliffe is a senior partner who practices corporate securities and intellectual property at DLA Piper. DLA Piper has over 4200 lawyers in more than 30 countries and 65 cities. Mr. Radcliffe’s practice focuses on representing corporations in their intellectual property and finance matters. He has worked with many software companies, in particular open source companies and is Chair of the Open Source Industry Group at the firm. He assisted Sun Microsystems in open sourcing the Solaris operating system and drafting the CDDL. And he represents other large companies in their software licensing (and, in particular, open source matters) including eBay, Accenture, Adobe, Palm and Sony. He represents or has represented many software companies and particularly open source startups, such as SugarCRM (the first venture backed open source applications company), WSO2, Zimbra, DeviceVM, Revolution Analytic, Funambol and Reductive Labs, He represented Siemens Venture Capital in their investment in MontaVista Software, Inc and Hummer Winblad and Morganthaler in their investment in MuleSource. On a pro bono basis, he serves as outside General Counsel for the Open Source Initiative and on the Legal Committee of the Apache Software Foundation. He was the Chair of Committee C for the Free Software Foundation in reviewing GPLv3 and was the lead drafter for Project Harmony. And in 2012, he became outside general counsel of the Open Infrastructure Foundation.

He has spoken on open source issues at the Open Source Business Conference, Silicon Valley Association of General Counsel, American Corporate Counsel Association and O’Reilly Open Source Conference. In April 2009 (the first year of the award), he was recognized for his experience by Intellectual Asset Management magazine as one of the world's Leading 250 IP Strategists. He has been recognized again in 2010, 2011 and 2012. In 1997, the National Law Journal named him one of the 100 Most Influential Lawyers in the United States.

FNTECH is the long-time production partner behind some of our more significant Foundation events, including the Open Infrastructure Summit, OpenDev, and Project Teams Gathering (PTG). With headquarters in both Southern and Northern California, FNTECH specializes in all types of events: simple meetings to extremely complex conferences. Domestic and abroad. In-person, virtual and everything in-between. Have an event concept, but don’t know where to begin? Reach out to FNTECH today for ideas and advice!

Cathey.co has served the Open Infrastructure Foundation since 2013, providing messaging, PR, and AR services and thought leadership programming to guide the evolution of the foundation’s flagship OpenStack cloud infrastructure software project. Its team specifically worked to elevate the visibility and expert voices of the OpenInfra Foundation leadership team. Work has included all aspects of marcom and external communications, from strategic counsel through tactical implementation of programming and supporting the efforts of the OpenInfra Foundation's comms teams in APAC and EMEA. 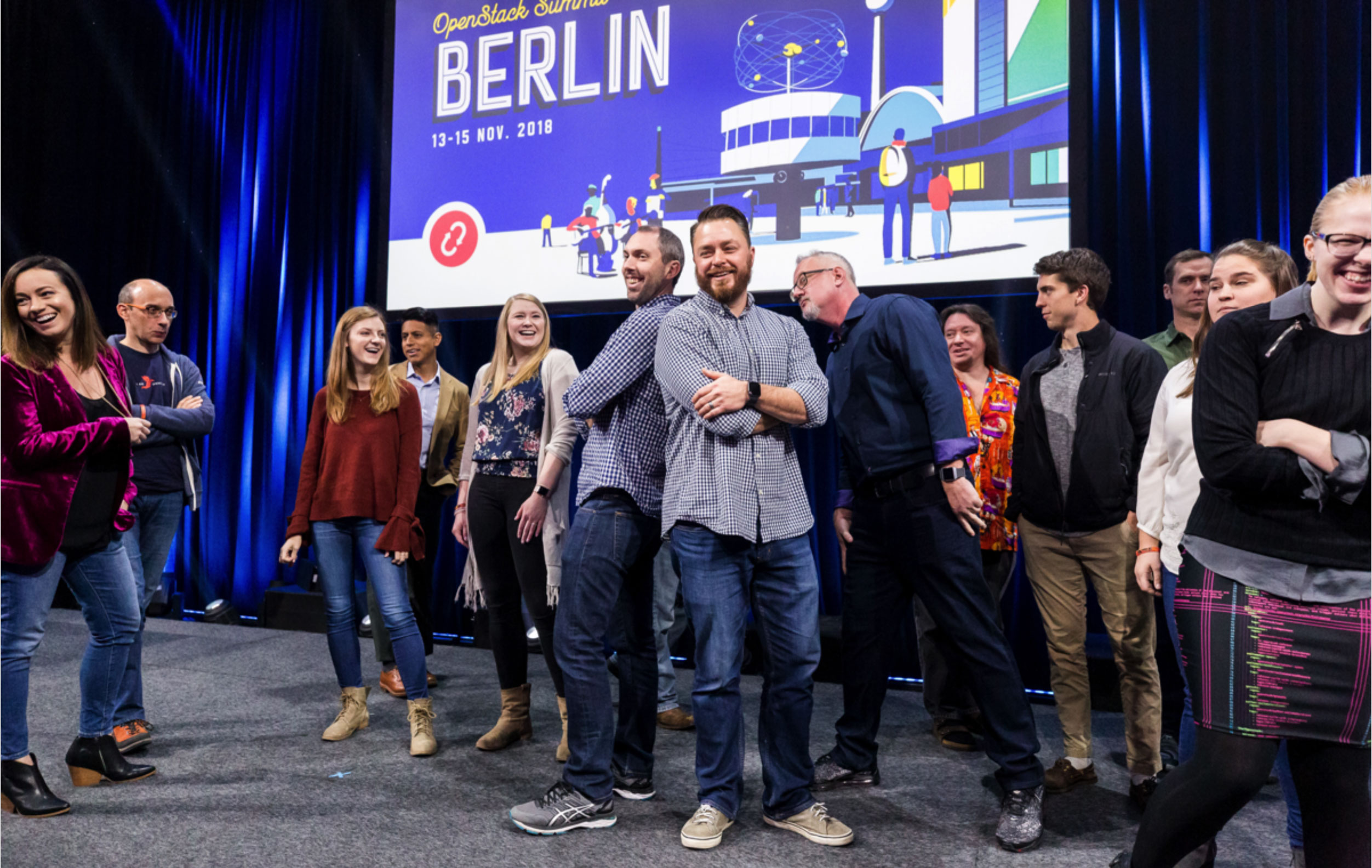 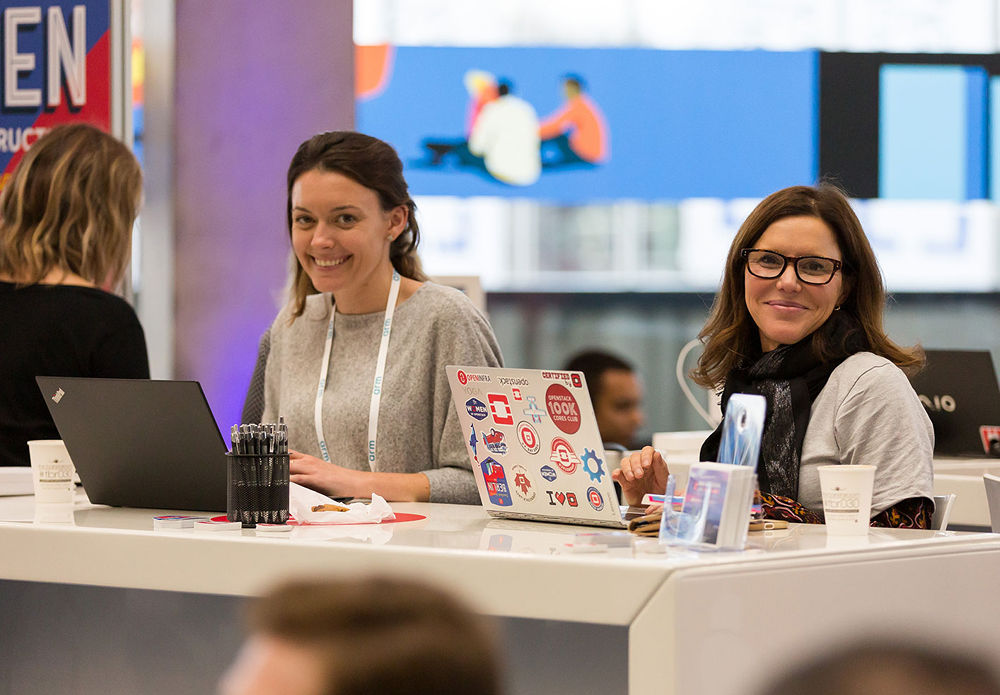