This all started 30 years ago when Linux was introduced and quickly became the open source standard for operating systems. Hundreds of open source projects have followed in the footsteps of the successes and challenges overcome by this community. Two infrastructure projects have joined Linux as the top open source projects in terms of contributions: OpenStack and Kubernetes. Combined, contributors to these three projects merge over 150,000 changes per year. It’s incredible.

Over 11 years ago, I was there when we announced the formation of the OpenStack project coming out of NASA and Rackspace. Little did we know, OpenStack would quickly become the open source standard for cloud computing. What started with a couple dozen contributors quickly grew into a group of 8,000 contributors who have built the software and a vibrant, global community powering more than 25 million cores of compute.

Then seven years ago, Kubernetes was announced as a project coming out of Google that would continue this open infrastructure movement started by Linux and OpenStack. It didn’t take long before Kubernetes had become the open source standard for container orchestration. 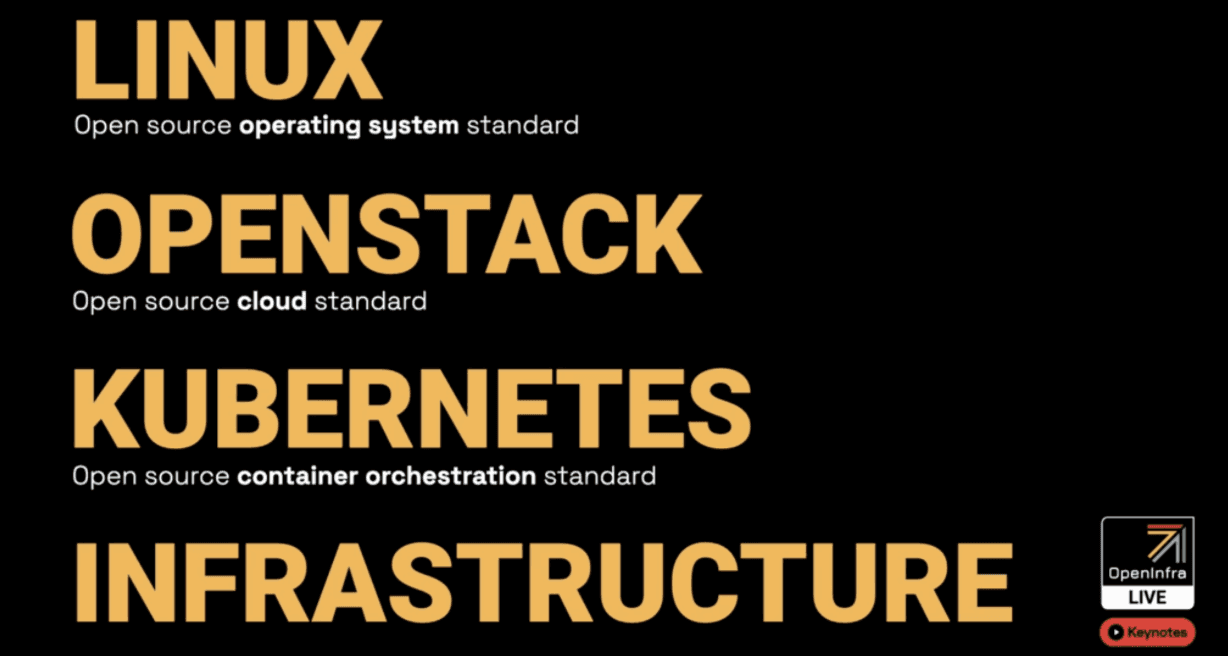 Standalone, the open source projects are standards based on their own infrastructure use cases. LOKI, the OpenInfra Standard defines the ubiquitous way these technologies are integrated together in production.

The OpenStack User Survey repeatedly shows that LOKI is the de facto way to run containers on open source clouds. Over 70% of surveyed organizations integrate OpenStack with Kubernetes. While I hear all the time that these technologies replace each other or that operators must choose one or the other, that’s not the case. Combined, they’re powering mobile networks all over the world, research, retail organizations, and a growing footprint of open source public clouds in more than 180 data centers (more than the largest hyperscale providers in the world).

Seamless integration, however, is not a one-and-done undertaking. It requires continued cross-community collaboration. To ensure these services continue to provide access to end users like you and me all around the world, we must work together. We must combine the momentum across these three projects and build the future of open infrastructure together.

Join us. And if your organization has embraced LOKI, let us know. We want to foster a broad conversation in the community about how we can amplify and establish this next powerful standard in open source.